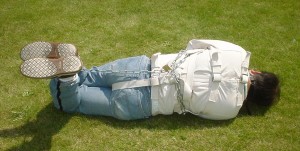 The local authority then realised that they would be unable to offer supervised contact – effectively they had a policy not to do so under s 17 of the Children Act 1989 for a period of more than 3 months.  They also realised that they would be unable to make payments to the grandmother as a kinship foster carer because the children were no longer looked after and they said that grandmother would no longer be eligible and would have to rely on additional benefits only, making her worse off by something like £300 a week.  The local authority also considered that it would be unable to make a supervising social worker available to the grandmother, though it was not explained why this would not be done as a result of the supervision order.

The local authority brought the case back to court suggesting that the situation should revert back to s 20 as a way of getting round the policies they had.  Another possible solution might have been to make an interim care order, but issues of proportionality and necessity would arise and avoiding the impact of the local authority’s policies did not strike me as a good enough reason for higher level intervention.

The grandmother had not been present or represented at the hearing and had not received any legal advice.  Ironically, because of the child arrangements order she became eligible for legal aid.  She had quite clearly not been aware of the danger of the child arrangements order and it is not clear whether she was even asked whether she wanted one, although it seems that the local authority said she did.

The Judge was not impressed!  She felt that the local authority had invited the court to make an order which the court would not have made, had it been aware of the consequences, albeit that this may have been because they did not realise there were any.  The grandmother was at court but had not managed to get representation or advice in time for the hearing and was not therefore sure whether she wanted the child arrangements order to continue or not.  The Judge declined to do anything until the grandmother could get advice and the local authority agreed to supervise contact and make the additional payments until she could do so and the best path forward was clear.

A number of practice points arise:

I was left uncertain whether the particular local authority really did have a policy that contact supervision could only  be offered under s 17 for a 3 month period or whether it was a rule of thumb which could be disapplied in individual cases.  It is quite common in my experience for Special Guardianship orders to be made with contact to parents being supervised by a local authority for longer than that.

I would be very interested to hear if others have come across these sorts of difficulties.